Missed a Show? Find It Here!

To hear past shows, go to: http://exchange.prx.org/series/34539-geezer-rock 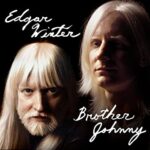 April 15th show: It’s another hour of new, 21st-century music by geezers who rock, and you betcha, we got ‘em. A new song by Ann Wilson, formerly of Heart; some soul music about fake news by Sugar Ray Rayford, Dead-esque boogie from Moonalice, and more. The Featured Geezer is Edgar Winter, who has a new album in tribute to his late brother Johnny, titled Brother Johnny, and it features a generous selection of Johnny’s friends and coworkers.

April 8th show: This week, Geezer Rock brings you an almost-overwhelming sample  of new music that has recent fallen over the transom at the Geezer Rock office, including a protest song from the now-grown-up Cowsills, acoustic punk rock from Joan Jett, a Louis Armstrong classic sung in German by Nina Hagen, interdimensional dancing with soul singer Ural Thomas, a not-so-fond farewell to the recent past by Micki Free, who played basketball with Prince, and much more hard-to-believe new musical wonder on Geezer Rock.