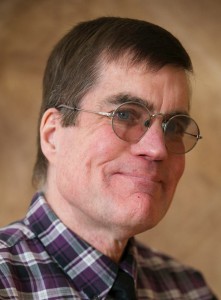 When he was a teen, Jeff Lindholm let his dad talk him out of a radio DJ career. But Jeff persevered, and he’s been a college and community radio programmer, music librarian, and assistant station manager since 1977, at a half-dozen stations in Pennsylvania, New York, Virginia, and Vermont. Jeff also formed a punk rock band with Rob Buck, later of 10,000 Maniacs, worked in a record store, was music editor of an underground newspaper, and led wilderness trips for troubled teens, and he and some friends once were serenaded in the back of a limo by Tiny Tim. So, he’s highly qualified to host Geezer Rock!